The Kentucky Thoroughbred Association and Kentucky Thoroughbred Owners and Breeders are trade organizations consisting of owners, breeders, trainers, and associate members. We are committed to our members and encourage and thrive on their participation. We believe that united we can succeed in working for the betterment of our industry.

As our associations increase in membership, we broaden our support base and increase our visibility on issues that impact the Thoroughbred industry on local, state, and national levels, while continuing to promote the Kentucky Thoroughbred racing and breeding industry here at home and around the world.

The KTA-KTOB promotes positive legislation with such industry partners as the American Horse Council and NTRA, and we continue to play an active role in legislative matters of concern on statewide and national levels. In conjunction with the Kentucky Thoroughbred Farm Managers’ Club, we have increased the economic benefits to Kentucky breeders through the Breeders’ Incentive Program. 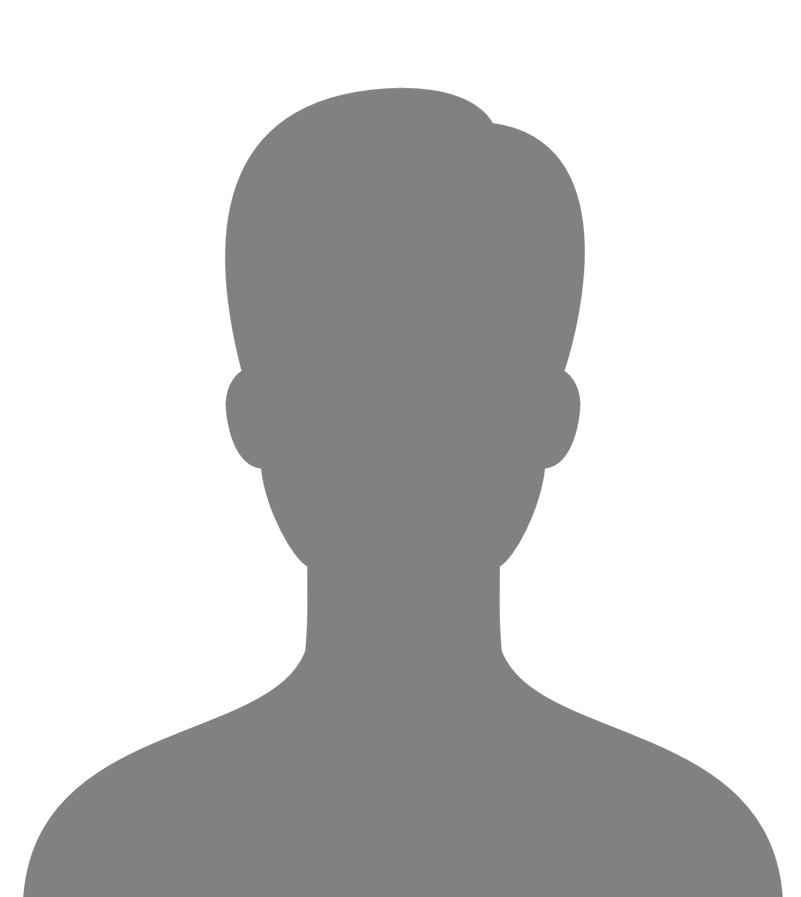 Chauncey Morris is Executive Director of the Kentucky Thoroughbred Association and Kentucky Thoroughbred Owners & Breeders, a horseman’s group and trade association representing Thoroughbred breeding and racing in Kentucky. Kentucky is the biggest producer of Thorougbred foals in the world, responsible for 40% of the US foal crop, the largest concentration of stallions, veterinary practices and breeding farms, and is home to the largest yearling and breeding stock sales, premier race meetings at Keeneland and the Kentucky Derby at Churchill Downs, and year-round racing at Turfway Park, Ellis Park and Kentucky Downs.

Mr. Morris assumed his position in August 2014. Previously, Mr. Morris served as CEO of Thoroughbred Breeders Australia Ltd. and Aushorse Marketing Pty Ltd in Sydney, Australia, from 2011 till 2014. Mr. Morris was successful in adding horses into the Free Trade Agreement framework between Australia and the People’s Republic of China during the term of Prime Minister Julia Gillard (ALP), attracted new investment from the United States, and was involved in McHugh v. AJC & Ors., a legal challenge which successfully defended the natural cover rules of the Australian Rules of Racing and Australian Stud Book. Mr. Morris also served as sales marketing associate for Keeneland Association from 2005 to 2011, part of the sales team responsible for developing new domestic and international markets, including the Emerging Markets Program on behalf of Kentucky breeders. The Emerging Markets Program is responsible for nearly $1 billion in new sales from racing countries on six continents since its inception.
Mr. Morris is the former chairman of Chairman, U.S. Livestock Genetic Export, Inc., and has a bachelor’s degree in political science from the University of Louisville.

Vickie has been with KTA-KTOB since 1983. She was first employed in the Louisville Office on the backside of Churchill Downs. She lived in her hometown of Salem, IN at the time, and her 45-minute commute allowed her to gain an appreciation for the equine industry in KY and a valuable understanding of both its challenges and rewards.

After moving to the Lexington office on Alexandria Dr. in 1985, Vickie managed the Kentucky Thoroughbred Development Fund (KTDF) registration and eventually became the Bookkeeper for KTA-KTOB. Soon after, her role expanded to Office Manager, a position that she held through the office relocation to the Horse Park in 1997 until the present.

As Office Manager, Vickie’s duties include bookkeeping, accounts payable and assisting with the budget and audit. She compiles the administrative records for the Board and the Investment Committee among others. For twenty-five years she has been the coordinator for the annual Derby Trainers’ dinner held on Tuesday before each Derby.

Vickie is most proud of the relationships she has formed in her tenure with KTA-KTOB. She has served with Executive Directors Nick Nicholson, Gene McClean, David Switzer and Chauncey Morris. She is also gratified to have been of service to the members and their Board for over thirty-five years.

Jenny joined the KTA/KTOB in 2009 after graduating college and is currently the Director of KTDF Registration and Administrative Support Manager. She attended the University of Kentucky and earned a Bachelor of Business Administration in Management and a Bachelor of Science in Agricultural Economics.  She was born and raised and continues to reside in Lexington with her husband, Chip, and daughter, Lily.  Outside of the office Jenny enjoys riding hunter/jumpers, especially off-the-track Thoroughbreds and giving them a second career.

Lanny started his career in the horse industry as a groom, hot walker and exercise rider in 1963 for trainer Lyle Limerick at Churchill Downs. Lyle trained such horses a Neat N Sweet, Ditto and Argosy. Lanny passed and received his trainers license in 1966 and trained until he took a farm manager position in 1968 for Don Fords Ironwood Farm. Don raced a large stable many of them homebreds.

Lanny returned to the racetrack in 1973 after Ironwood Farm was sold. In 1978, he went to work as the farm manager for Dr. Tom Johnson D.V.M. managing his breeding operation in Oldham Co. In 1982, Lanny became farm manager for Haverhill Farm in Oldham Co. and remained there until 1987 when he and his wife developed their own layup operation at Winners Rest Farm in Oldham Co. They maintained that operation until Lanny took the job with KTA as Racetrack Representative at the Churchill Downs’ office in 1995. He and his wife Dinah reside in LaGrange, KY and have been married for fifty-six years.

Joe worked on his family’s Brookdale Farm in Versailles until attending Marquette University, where he obtained a B.A. in Journalism in 1992. After college, Joe spent four years in the Marine Corps as an infantry officer. Following military service Joe worked for trainers Carl Nafzger and Todd Pletcher before returning home to Brookdale Farm, where he has worked since 1997 as Director of Sales. Joe is a previous president of the Consignors and Commercial Breeders Association and has served on the Board of Directors of the KY Thoroughbred Farm Managers Club and the Thoroughbred Club of America.  Joe currently serves as Vice President of the Kentucky Thoroughbred Association.

Walker is the fourth generation of Hancock’s to run his family’s Claiborne Farm which was established in 1910. Claiborne has been a part of his entire life as he learned to work and handle horses at the early age of eight.

After attending Sayre School in Lexington, Walker went on to attend the University of Florida where he majored in Animal Sciences with a minor in Agricultural Sales and Marketing.  While at Florida, he was a student manager for the 2008 National Champion Gators football team.  During summer vacations from school, Walker worked with the yearlings at Claiborne and was also an intern at Keeneland on their sales inspection team in the summer of 2010.

Upon graduation in May of 2012, Walker went to work for trainer Al Stall.  For the 2013 breeding season, Walker was the resident vet technician at Claiborne.  Once the breeding season ended, he spent time shadowing his father Seth until he took over control of the farm in early 2014.

Natanya Nieman is the Senior Resident Veterinarian at WinStar Farm and has been managing the veterinary care at WinStar since 2002. She plays an integral role in the rehab and training facility at WinStar and helped develop protocols for hyperbaric medicine, vibration plate, cold water spa and other therapeutic devices used at WinStar’s innovative rehab facility. A native Lexingtonian, she was involved with show horses and Keeneland Pony Club growing up, studied at the University of Kentucky and completed veterinary school at The Ohio State University. Natanya has a strong interest in the rehoming of Thoroughbred Racehorses for second careers and has been involved with The Retired Racehorse Project, NTWO, and the rehoming of racehorses after the hurricane in Puerto Rico along with other horses from WinStar and Bourbon Lane. She is currently eventing an off-track thoroughbred that was owned by Bourbon Lane Racing. She is married to Mike McMahon of McMahon and Hill Bloodstock, who with his partner, Jamie Hill, operate the Bourbon Lane Racing Partnership and Spruce Lane Pinhook. Natanya and Mike also own and operate Spruce Lane Farm, a commercial breeding operation.

Chris Baker is a 30-year industry veteran with international expertise in multiple facets of the Thoroughbred business.

The 1986 University of Maryland graduate initially worked in the broodmare, stallion and racing divisions at Lane’s End Farm. He then headed overseas, learning the training craft in racing jurisdictions as varied as England, Australia, and New Zealand. Repatriated to California, Chris was an assistant trainer to Hall of Famers Neil Drysdale and Richard Mandella, working with such Champions as A.P. Indy, Kotashaan, and Phone Chatter, before training on his own.

A return to farm management eventually brought Chris to Ned Evans’ Spring Hill Farm in Virginia, where he served as General Manager for 11 years until that operation dispersed in 2011. During his tenure, Spring Hill produced more than 100 stakes winners and was twice honored as TOBA’s National Breeders of the Year. Chris then served as General Manager at WinStar Farm before joining Three Chimneys in December, 2013.

Dermot Ryan is the manager of Ashford Stud, the American division of Coolmore Stud. A native of Co. Tipperary, Ireland, Dermot graduated from the Irish National Stud Thoroughbred Breeding Course before taking a position with Coolmore Stud in Ireland. Following eight years working for Coolmore in Ireland, Dermot relocated to Coolmore America in 1993. Dermot is the current KTA/KTOB Treasurer and was a founding member of the Consignors and Commercial Breeders Association and also spent two terms on the board of the Thoroughbred Owners and Breeders Association. He is currently a member of the Board of Directors of the University of Kentucky Gluck Equine Research Foundation.